The Countryman B6W4FF05BSR is an omnidirectional lavalier microphone with a rugged design and transparent sound, making it a the best mic for public speaking.

Church Tech Paradise is reader-supported. We may earn a small fee from products we recommend at no charge to you. Learn More

Who Benefits from the Countryman B6 Microphone?

The Countryman B6 is best suited for public speaking, thanks to the natural sound that it produces. It features an omnidirectional pickup and reduces background sounds, allowing you to capture the speaker’s voice with complete clarity.

Due to the clear, concise sound that you get with the Countryman B6, it is great for all types of public speaking situations, including broadcast news, on-location reporting, church services, lectures, and theatre performances.

The mic offers great sound with limited reverb and background sounds, especially when used in small to medium-sized locations, such as a newsroom, church, or auditorium. When using this mic in your home studio to record podcasts, you may notice some reverb in the smaller space. However, it is still suitable for just about any type of live voice capture, including recording or live sound.

With the higher price tag, the Countryman B6 may not be suitable for amateurs who do not have the funds for a quality mic. In the end, the B6 lavalier mic is a high-grade product intended for professional use.

What Are the Most Important Details for Choosing a Public-Speaking Mic?

Choosing a quality microphone for public speaking engagements is not a simple process. Before spending several hundred dollars, you should ensure that the mic meets your needs. The main considerations to look when choosing a mic include:

The first feature to consider is the design of the microphone. A mic for public speaking should be easy to wear and operate. For example, a wireless lavalier microphone can clip to a collar, making it discreet. This also allows for hands-free operation, allowing the speaker to use his or her hands to emphasize their speech or performance.

The best microphone should also be built for durability and reliability. You want to ensure that the microphone continues to offer clear sound for years to come. Typically, a quality portable mic should include some type of protection against moisture and shock damage.

The pickup pattern and sensitivity help determine the overall sound quality for public speaking, whether you are recording in a studio or using the mic for a live performance.

Why Did We Choose the Countryman B6 Lavalier Microphone?

The Countryman B6 is the top choice for public-speaking microphones for several reasons, including the sound quality and the simple design.

The B6 produces amazing sound for such a small microphone. It also uses an omnidirectional pickup pattern with a limited range. It picks up sound from all directions, which makes it easier to place the mic on the speaker. The mic also eliminates background sounds outside its range.

These features help to deliver better overall sound quality. The sensitivity features 0 decibel gain in most settings and allows for high volumes before distortion or noise become an issue.

The Countryman B6 has a simple design that protects it from the elements, ensuring that you have a reliable mic that is always ready for use in any environment. The exterior material shields the microphone from rain, moisture, and electric shock. The B6 lavalier mic also includes a windscreen to minimize pops and hisses when recording outdoors.

You also get two tie clips and three protective caps. The tie clips allow you to easily clip the mic to a discreet spot on the speaker, such as the collar or a lapel. The caps are used to help make the microphone less noticeable. The clips and caps come in black and white.

What We Like and Dislike About the Countryman B6 Mic

The Countryman B6 offers many advantages over other microphones in this category. The main benefits include the ability to easily hide the mic, the durability of the mic, its reliability, and its overall performance for public speaking.

The B6 also has a durable design. It is built for frequent use in various settings, including outdoor locations where it may be exposed to rain and moisture. By protecting the mic against damage, the design also offers reliability. You get a mic that you can count on, even when used daily.

Along with these benefits, the Countryman B6 also produces great sound. It rejects background noises, while the omnidirectional pickup captures sound from all directions. Despite the compact design, you get phenomenal clarity.

The cost is another factor that some people may not like. The Countryman B6 costs over $300. The higher price tag may be too much, depending on your budget for a public-speaking mic. However, you typically need to spend several hundred dollars to get a high-quality mic like the B6. Compared to other high-end mics, the price is not unreasonable.

Why Should You Consider Buying This Microphone For Public Speaking?

The B6 lavalier microphone is manufactured by a leading brand in the microphone industry. Countryman makes some of the best headset mics, handheld mics, and lavalier mics. With the Countryman B6, they have made a high-quality mic with an excellent sensitivity that is perfect for public speaking.

The Countryman B6 is an exceptional mic with only a couple of minor limitations. It is designed for use with Sennheiser wireless transmitters, which means that it may not be compatible with all transmitter brands. The other issue is the price. However, the price is justified by the clear sound that the mic picks up. For a professional mic like the B6, you can expect to pay several hundred dollars.

Overall, the B6 is the best mic for public speaking thanks to its small, rugged design, ease of use, and sound quality. Whether you need a mic for live streaming, podcasting, theatre, or any other type of public speaking, the Countryman B6 should suit your needs.

The Countryman B6 is one of the best lavalier microphones. However, you may not be able to afford the price tag, so you can go with an inexpensive handheld condenser mic like the Behringer C-4.

Best Headset Microphone for Speaking In A Church

November 9, 2018 No Comments
The Countryman E6 is an omnidirectional microphone and the perfect solution for recording speech. It…
Read More 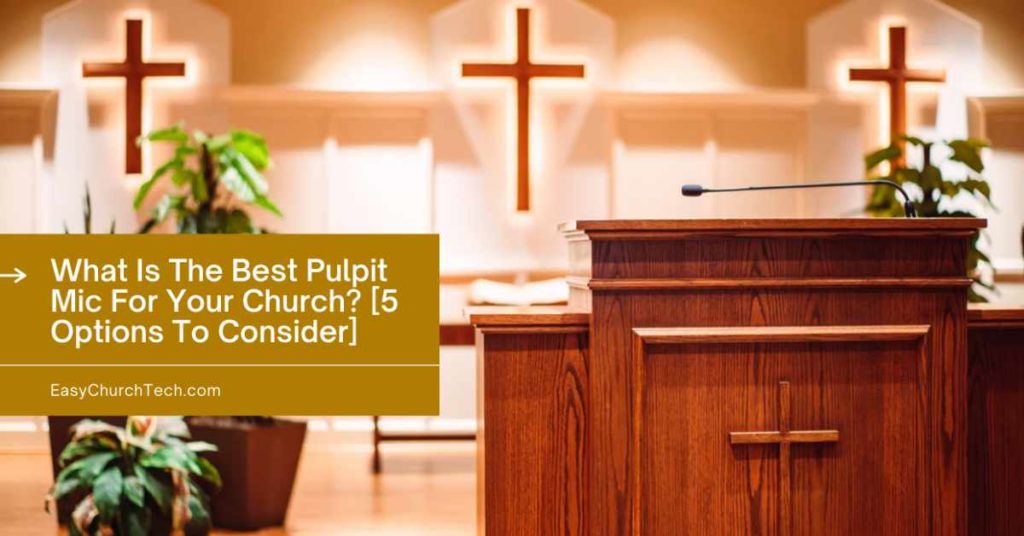 What Is The Best Pulpit Mic For Your Church? [5 Options To Consider]

October 4, 2017 No Comments
Does your pastor like to stand behind the podium at church? Here are some great…
Read More 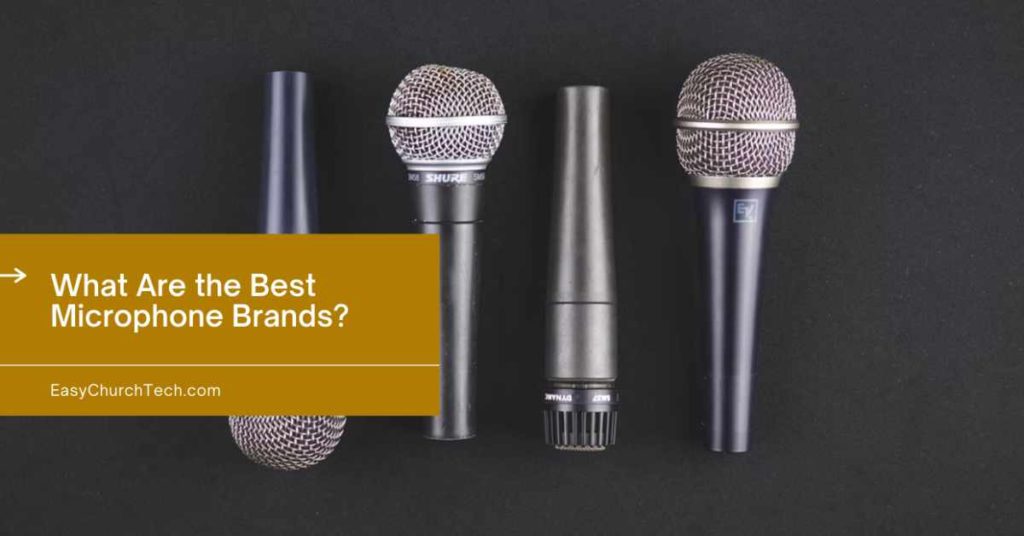 What Are the Best Microphone Brands?

November 1, 2018 No Comments
These brands produce pro-grade microphones that are available in a wide range of styles. However,…
Read More

November 7, 2018 No Comments
The Countryman E6 wireless mic is worn around the ear and features a 2mm cable….
Read More

November 7, 2018 No Comments
The Countryman B6 wireless lavalier microphone is designed for use with Sennheiser transmitters and offers…
Read More

Duke Taber has been a professional musician since 1979, a Church Tech geek, and a pastor since 1988.