Finding The Best Analog Mixer For Your Church

The Mackie PROFX16V3 is a compact mixer with 16 channels, including 10 mic preamps. There are also several variations of this analog mixer, featuring between 4 and 30 channels. This is the best analog mixer for churches because of the versatility of all the styles of music it will handle. Plus we have a Mackie 32 channel mixer in my own church which has done a great job for 15 years.

Church Tech Paradise is reader-supported. We may earn a small fee from products we recommend at no charge to you. Learn More

Who Should Consider Using This Mixer?

The Mackie PROFX16V3 is a top recommendation for indie artists and live performers who prefer an analog signal over digital. It costs less than $500, making it an affordable entry, especially for struggling musicians.

The low cost of the Mackie also makes it a wonderful choice for churches and other venues that do not have the budget for a high-end mixer but still need high-quality sound.

There is also less of a learning curve when figuring out how to use this mixer. For those who are new to sound engineering, this analog mixer is a great introduction. Every button or knob has a direct connection to an input or output, making it easy to understand how the mixer connects with the various mics and equipment on the stage.

While the Mackie PROFX16V32 is easy enough for beginners, it offers quality performance for experienced artists. There are several limitations, including a lack of EQ and FX settings. However, this Mackie mixer offers the best level of value of your money.

If you want an affordable mixer from a trusted brand, the Mackie PROFX16V3 belongs at the top of your list of options.

What Should You Look for in an Analog Mixer?

A mixer may not contain all the settings and options available on a digital mixer. However, there are still features that you need to consider, such as:

The mixer that you choose should have enough inputs for the number of performers on the stage. Remember that you may also need additional inputs to accommodate certain instruments.

Along with the inputs, a mixer should have several outputs. These outputs are especially important when performing live. You may need several auxiliary outputs for the monitors.

Analog mixers do not typically offer the same variety of equalizer settings, faders, and effects as digital mixers. However, they should have at least some EQ and FX options programmed into the mixing console.

The design and durability of the unit should also be factored into the buying decision. If the mixer is going to be loaded into a van with other gear, it may get banged up. In these situations, it is best to have a durable mixer with a steel or aluminum chassis.

The final considerations include the overall sound quality. This should not be an issue for most mixers, if you limit your choices to the most trusted brands, such as Yamaha, Behringer, and Mackie.

Why Did We Choose This Mixer?

We selected the Mackie PROFX16V3 for several reasons, including the brand. Mackie produces some of the best mixers and their PROFX series is highly recommended. The 16-channel model provides the best overall value, as you get enough inputs for a small band, worship team or quartet, along with other useful features.

The Mackie analog mixer is also great thanks to its ReadyFX effects engine and live-mixing settings. The effects engine offers rich effects with over a dozen preset options. You also have multi-band graphic equalizers and a foot-switchable FX mute feature.

The Mackie PROFX16V3 is also well-built. It features a durable metal chassis and a solid interface that should hold up to repeated use. It is also relatively lightweight, weighing just under 29 pounds.

Using a separate rack kit, the mixer is also rack-mountable. However, it takes up nine rack spaces and may require at least one additional space above the mixer for the top-facing inputs and outputs.

What We Like and Dislike About the Mackie PROFX16V3

One of the main advantages of the Mackie PROFX16V3 is the price. While it is not the least expensive mixer, it does cost much less than most quality digital mixers. The price point makes this a great introduction for those who are considering buying their first mixer.

The streamlined interface is also an advantage for first-time users. The controls, inputs, and outputs are all clearly labeled and carefully arranged on the console.

The extra settings, including the ReadyFX effects engine, multi-band graphic equalizers, and Vita mic preamps are also major benefits provided by the PROFX16V3.

There is not much to dislike about the Mackie PROFX16V3. However, there are a couple of potential issues. If you plan to record to a computer via the USB interface, you may want to upgrade to a better sound card. There is noticeable noise when recording to the computer.

Another possible issue is the placement of the mic preamps and outputs. There are no rear-facing I/O ports. All the ports on the top-facing interface. While this may not be an issue for most performers, some may prefer these ports on the back of the console.

Why Should You Consider Buying the Mackie PROFX16V3?

The Mackie PROFX16V3 has a lot of positive features with just a couple of possible drawbacks. The main benefits include the price, ease of use, and live mixing settings. It is a great mixer for live performances.

The simplicity of this board also provides the perfect option for amateurs. The layout of the interface is easy to grasp, while the clear labeling helps you determine exactly what each button or switch is used for.

The disadvantages of the Mackie are minor unless you need a mixer that connects to your computer through a USB port. There is the background noise when using the USB connection. However, there are other ways to connect a mixer to a computer, including purchasing a separate sound card with the necessary inputs.

The other issue was the lack of rear-facing I/O ports, which may not matter to everyone. Basically, the drawbacks are mostly related to personal preferences and do not limit the quality of the sound during live performances.

In the end, the Mackie PROFX16V3 is the best analog mixer, offering a great value for its asking price and delivering exceptional live sound mixing capabilities. 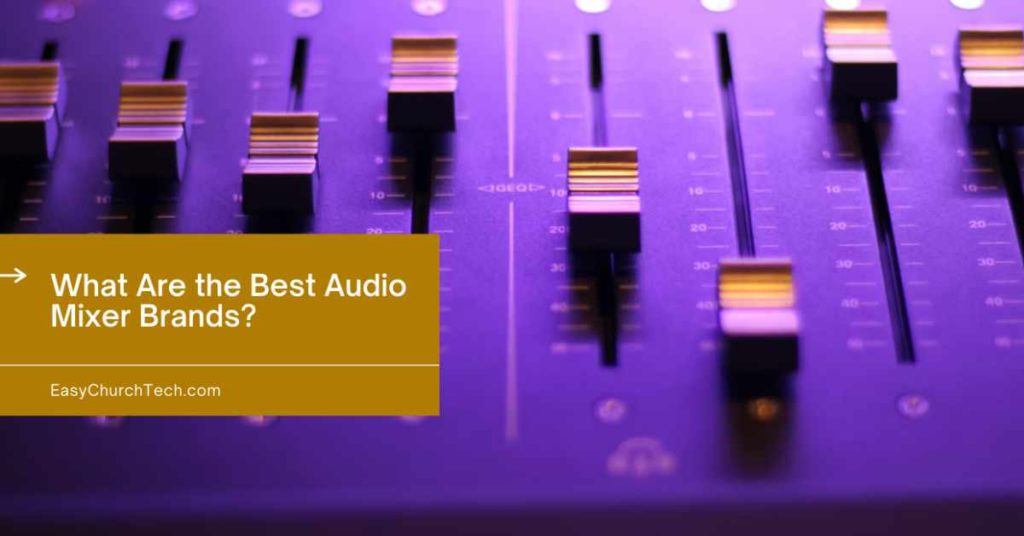 What Are the Best Audio Mixer Brands?

Who Makes The Best Audio Mixer Brands? Many pastors over the years have asked me…

Best Soundboard for Church And Other Houses of Worship 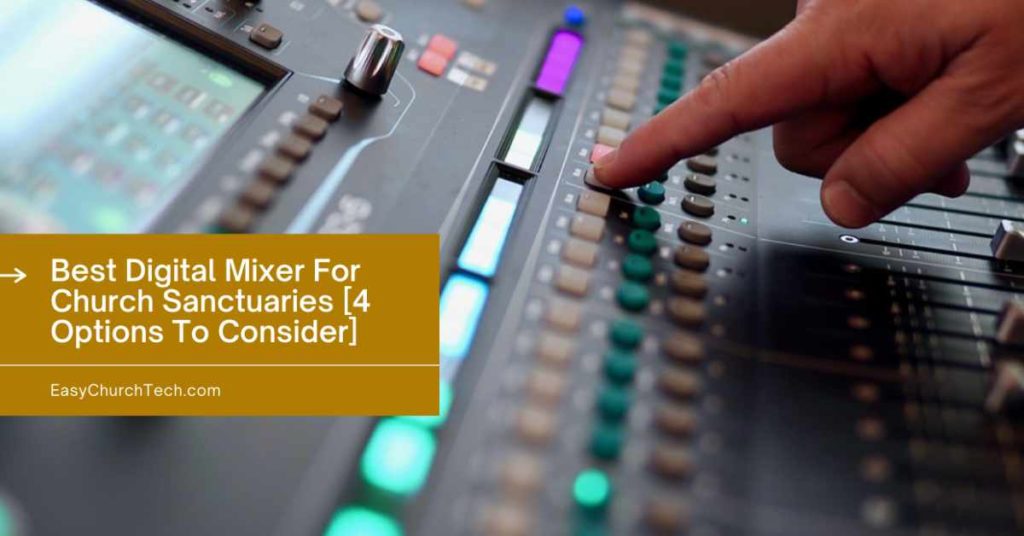 September 29, 2017 No Comments
Is it time to retire that old analog mixer in your church? Here are 4…
Read More

Duke Taber has been a professional musician since 1979, a Church Tech geek, and a pastor since 1988.